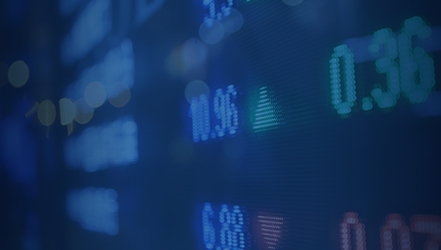 Declining interest rates means rising bond prices. For more than two decades fixed income investors have benefited from a declining trend in interest rates. For the past several years that decline in rates has been driven primarily by Fed policy intervention in the form of economic stimulus. In fact since the fourth quarter of 2008 the US economy has been on a constant feed of liquid stimulus:From TARP, TALP, QEI, QEII, Operation Twist, all in an attempt to improve GDP, stabilize housing and increase jobs. (Whether or not the Fed has achieved any of these objectives is the subject of other commentaries to come). Stimulus programs are intended for short term stabilization.

QE is not a long term solution. Eventually markets will have to return to trading on good old fashioned supply and demandRecent economic reports are showing improvement in the US economy, with both stocks and interest rates rising in August- a rare event since 2007. Inflation is a natural by-product of a growing economy, and rising interest rates a natural result of inflation. If interest rates do begin a sustained increase, fixed income investor’s principal will be vulnerable without a hedge.

Consider the following events from just the past week in the Municipal bond market.

“The last couple of years have witnessed threatened or actual defaults in a diversity of places, ranging from Jefferson County, Alabama, to Harrisburg, Pennsylvania, to Stockton, California.  There has been some recovery in the state sector, but we expect that the hangover from the recession will affect both state and local governments and the economy for years to come.”
The report warns some of the actions taken to address short-term funding needs may actually increase the severity of the long-term structural challenges that states and localities face, including underfunded pension plans and deficient infrastructure stocks. Until these challenges are successfully resolved, the state and local public sector may continue to be a drag on economic activity in the years ahead. Full Report

Warren Buffet’s Berkshire Hathaway recently made a very interesting move within his portfolio, exiting his five-year bullish investment in the municipal bond market. According to an SEC quarterly regulatory filing, the Omaha, Neb., company noted that it had canceled credit-default swaps insuring its $8.25 billion Muni-Bond market wager.

This move may very well signal his fear that more cash-strapped cities, states and municipalities will default on their debt and that the rating agencies might be re-evaluating their current ratings. Please note, Berkshire Hathaway owns Moody’s, (MCO) the municipal credit rating agency.

The High Yield Corporate Bond market is now larger than it was in 2007 prior to the credit crisis. US companies have spent the last 4 years issuing record amounts of new debt, and now sit on a cash hoard. Not true for Municipalities, cities and states. In fact quite the opposite. In an environment where cutting spending seems unlikely, many municipalities have few options to increase revenue to meet debt obligations.

The Fed’s stimulus actions have worked to so far to stabilize interest rates and things remain calm. For now. But disruptions in the Municipal Bond market will have broad implications for all bond investors, especially those individuals who have enjoyed and relied on the relatively stable nature of tax free income.