Winning Streaks: Why You Should Pay Attention

Economic imbalances, anemic global growth and the bursting of the commodity super cycle has created a challenging environment for over-levered companies, a climate strikingly similar to 2008.

Through May 3, 2016 US Chapter 11 filings have accelerated to match the pace set in the Great Recession of 2008. So far this year, 37 companies with $100 million or more in debt have sought bankruptcy protection, the same number that was reached in May of 2008. The chart below highlights the Chapter 11 filings through May of each year.

While the number of filings match the pace of 2008, this year we are witnessing a significant increase in the size of defaults. So far in 2016 there have been 17 Chapter 11 filings with $1 billion or more in liabilities compared to just 5 in 2008. Industry behemoths such as Sun-Edison and Peabody Energy have led the way as the largest year-to-date. 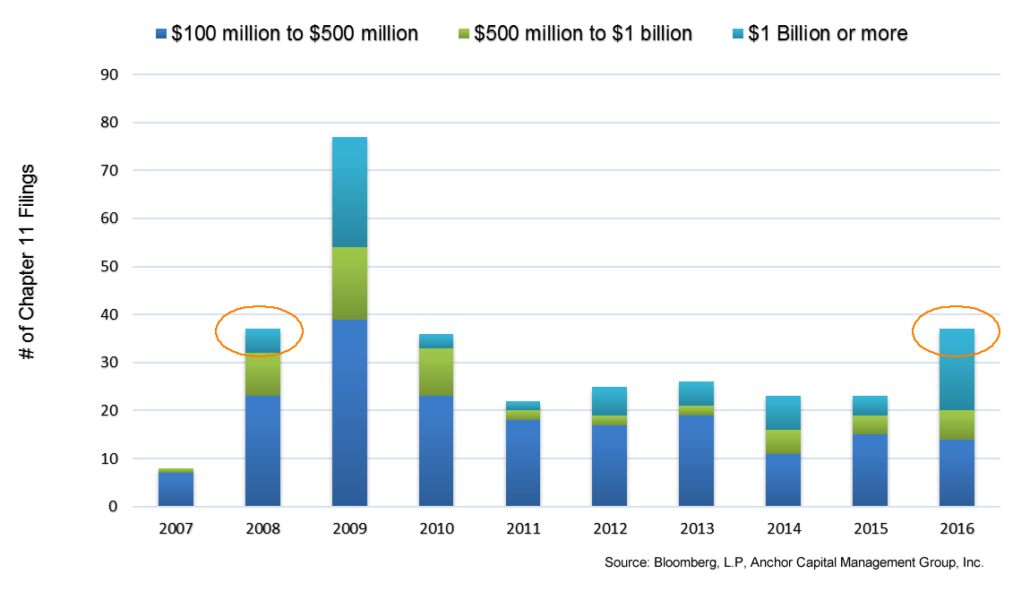 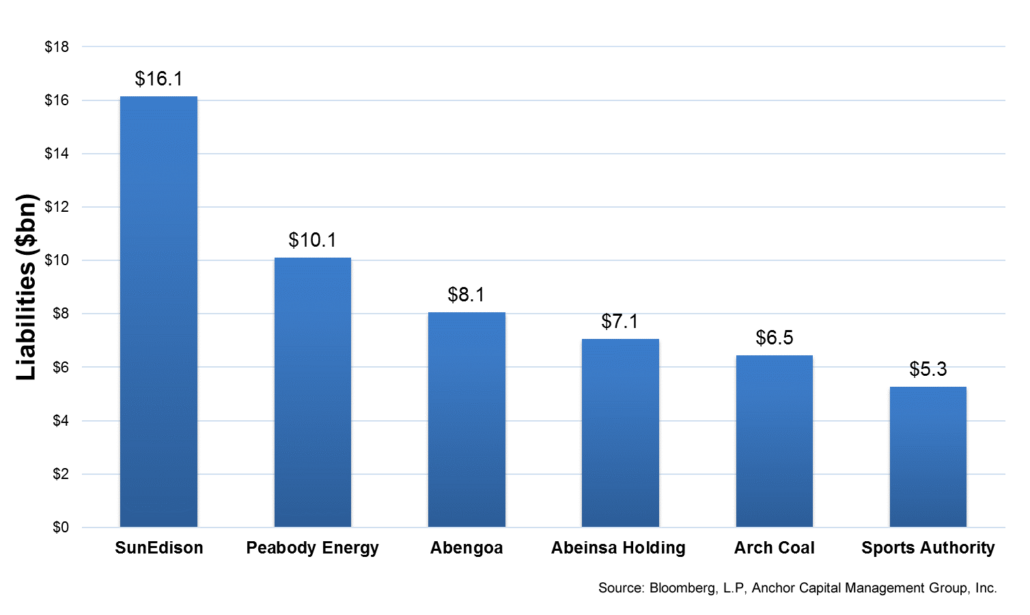 Nearly half of the defaults year-to-date have occurred in Energy and Mining industries,and according to Fitch Ratings, the current energy default rate of 13% surpasses the record 9.7% mark set in 1999. But what started in Energy is now spreading to more traditional industries. There are increasingly larger defaults occurring in Retail, Industrial and Consumer sectors. 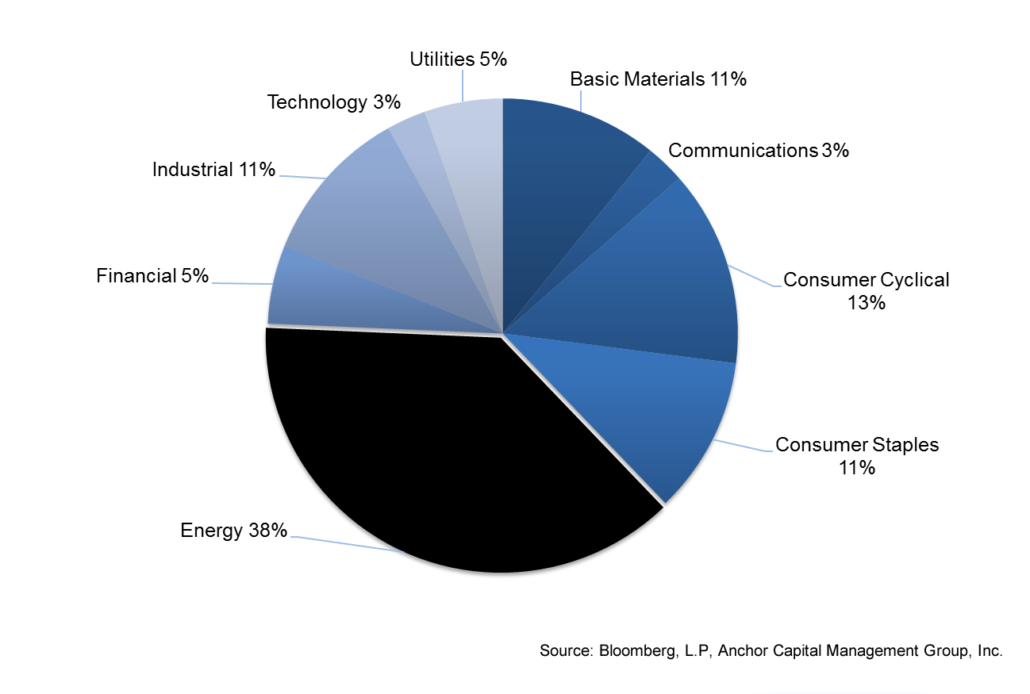 As we have observed prior, the end of Quantitative Easing and record economic stimulus is bound to result in rising defaults and negative earnings growth for a broad number of companies who became reliant on Fed liquidity.

We continue to see a slow growth environment, evidenced by last week’s dismal 0.5% annualized GDP report. The fact that bankruptcies have accelerated to match 2008 is further evidence that we are still in the early innings for the current default cycle.