Yesterday markets saw a large default in the energy space.  Arch Coal filed for Chapter 11 bankruptcy citing tumbling domestic coal demand as the reason. Arch Coal’s default on $3.2 billion will raise the metals and mining sector’s trailing 12-month default rate from 11% at the end of December to 15% through today.  However, it will bring the default rate for the coal sub-sector to an unprecedented 43%, according to Fitch Ratings.

We have been stating for the past six months that risk almost always starts at the “fringe” and works its way to the quality.  The troubles in the energy patch are not isolated. The defaults will eventually work their way across multiple industry groups, as the excess in credit begins to reset.

Defaults on speculative debt are nothing new. However, there is an important difference in the current default environment. The chart below compares the BofA Merrill Lynch CCC Option Adjusted Spread to the Federal Funds Rate. We have never seen the spread between the OAS and Fed Funds Rates rising to these levels while the Fed is raising rates.  At approximately 18%, these levels have historically occurred when the economy is already in recession, and the Fed is cutting rates. Raising rates into an increase in defaults is not a recipe for stability. 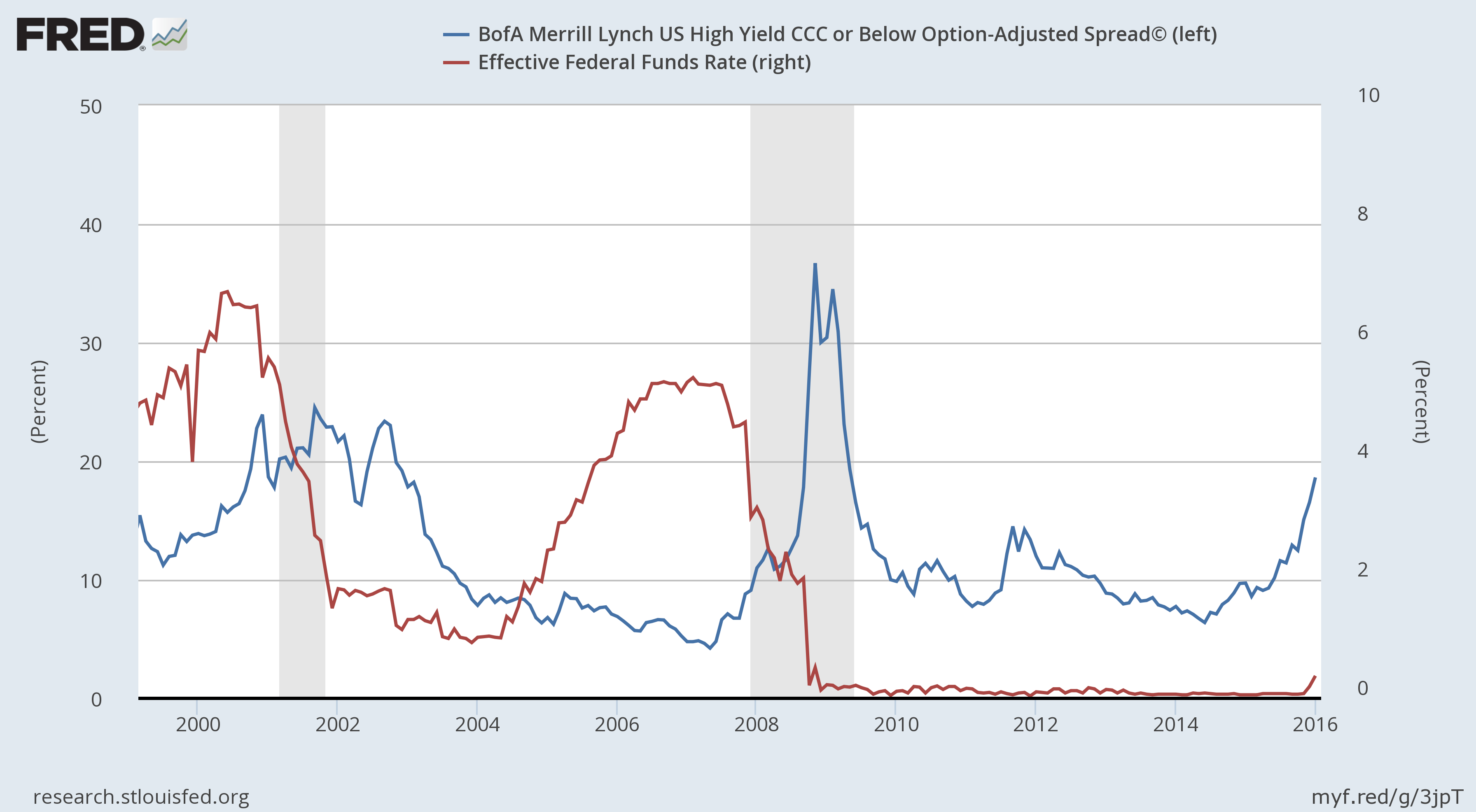